According to a new survey conducted by the Harris Poll, Americans overwhelmingly prefer a classical style for federal buildings, most positively associated with the historic architecture of the American founding.  Americans want their courthouses to have columns, pediments, and marble – not glass, concrete, and sharp geometric shapes.

The survey was conducted by the Harris Poll on behalf of the National Civic Art Society (NCAS) and canvassed 2,000 adults across race, region, education level, income, and party lines, from Baby Boomers to Gen Zers.

The survey asked the participants to consider seven pairs of images, most of them side-by-side photographs of various federal buildings - one classical in design, the other more modern-looking.  The buildings were not identified in any way.  Each pair comprised of one building in a traditional style, and one building in a modern style.  The order in each pair was randomized, as was the order of the questions.  For each pair, the survey question was: "Which of these two buildings would you prefer for a U.S. courthouse or federal office building?"

According to the poll's results:

•    An overwhelming majority of Americans, more than 7 in 10 (72 percent), prefer traditional architecture for U.S. courthouses and federal office buildings.

•    A preference for traditional architecture bridges regional divides: 73% prefer it in the Northeast, 73% in the South, 74% in the Midwest, and 69% in the West.

The traditional buildings that Americans prefer most among those that were shown are: 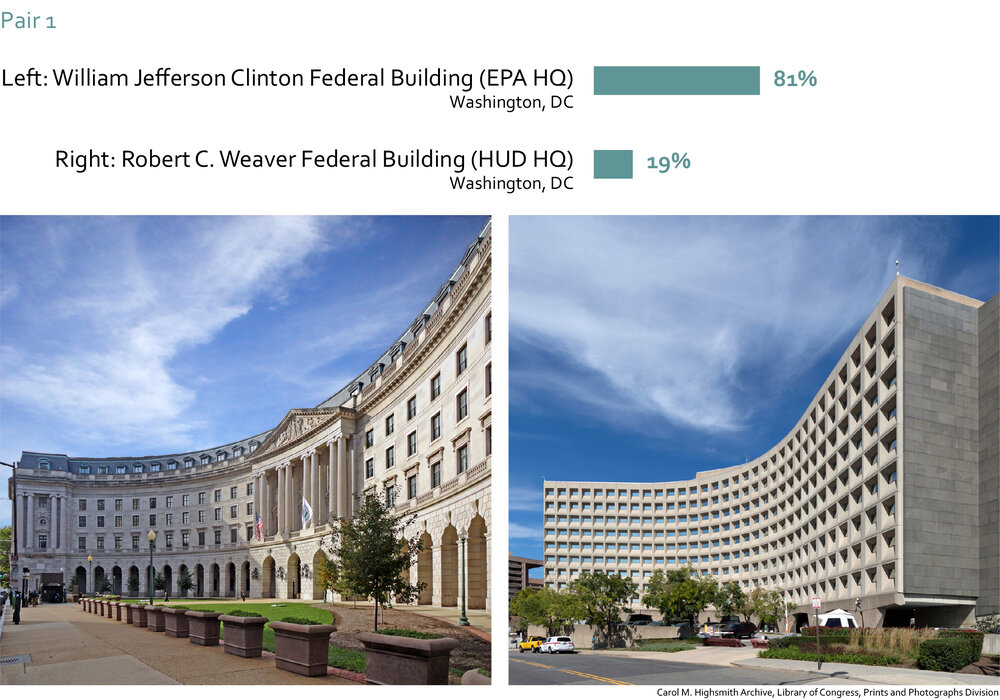 In contrary, the modern buildings that Americans prefer least among those shown are: 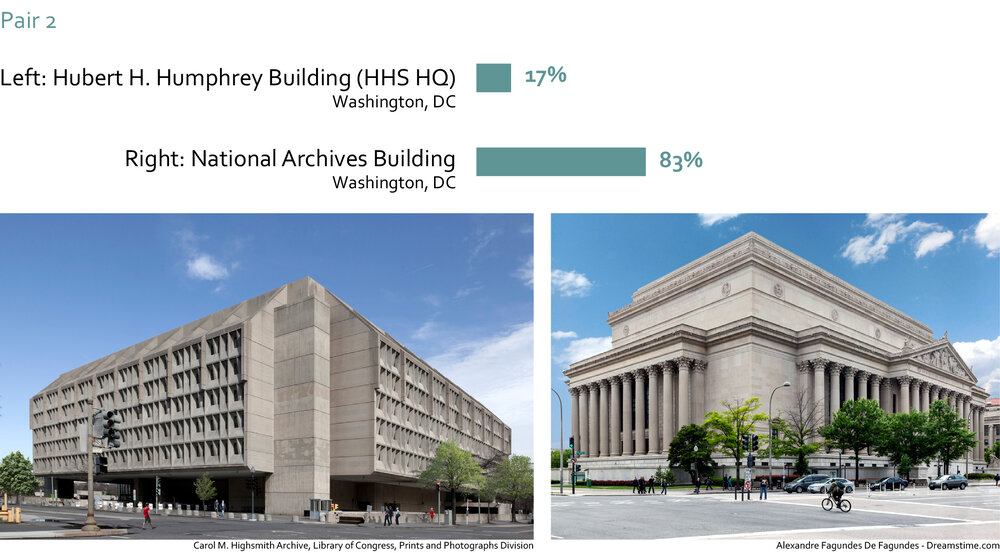 While most Americans do prefer traditional, there are some that prefer modern.  Nearly 3 in 10 Americans (28%) prefer a modern look for a U.S. courthouse or federal building.

The modern buildings that Americans prefer most among those shown are: 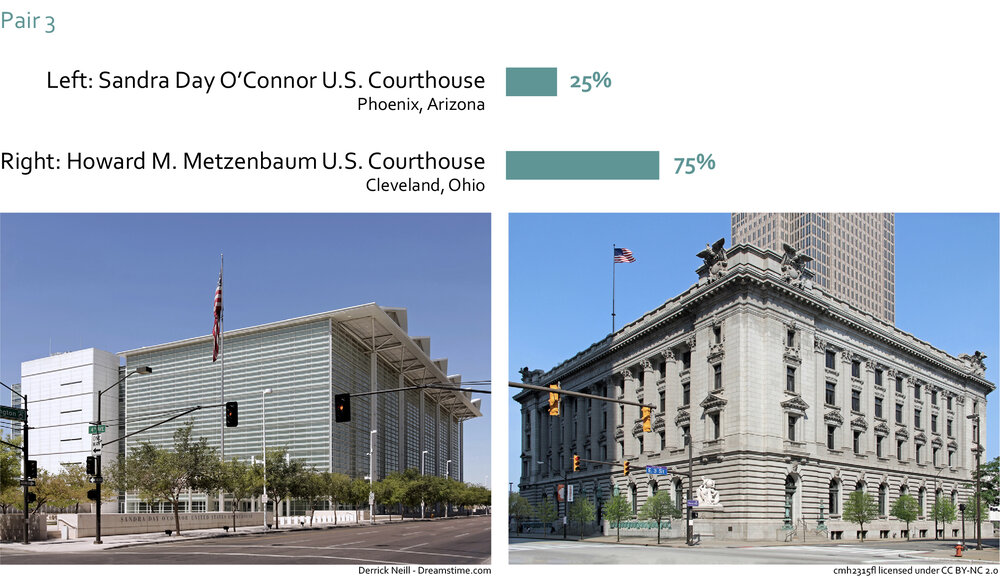 The responses did not vary by demographic group.  When asked to choose from the two images, Americans of every age, sex, race, and class category pulled the lever for traditional designs by nearly a 3 to 1 margin.  Overall, classical won out over modern by 72% to 28%.

Please stop giving press to studies done by the National Civic Art Society, they are a thinly veiled conservative group and their politics are more than likely influencing the results of any study they commission.