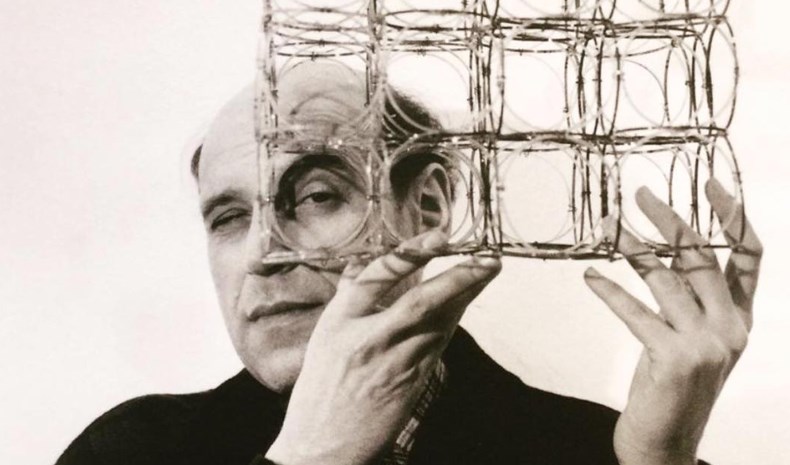 Yona Friedman, the visionary architect who created mobile architecture, passed away on February 21, 2020 in Paris where he lived since the 1950s. His passing was announced on his Instagram account, where he was very active with his followers. We would like to honor Friedman as we take a look at the life that made him into the visionary that we all knew.

Friedman grew up in Budapest where he faced societal discrimination due to his religion. Although there were laws that prohibited Jews from enrolling in universities in the 1930s and 1940s, Friedman still went to classes and showed promise in the eyes of professors who helped him continue his education.

Like many young intellectuals, adversity fueled his fire to pursue further knowledge. He attended classes, did all the required work, and built academic relationships. He even had to forge a signature to gain access to his courses. It was a time of resistance that etched a foundation in Friedman’s critical thinking.

The Birth of “L'Architecture Mobile” 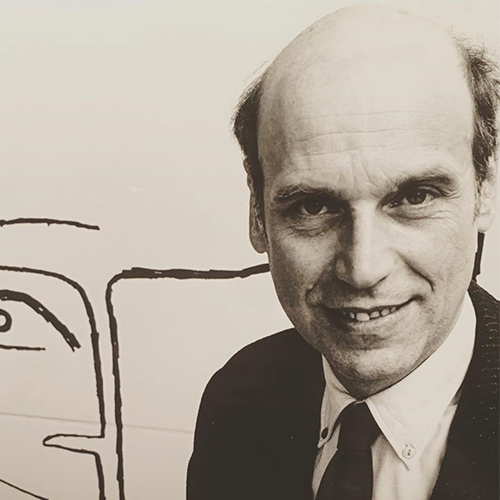 Life experiences led to the birth of Friedman’s theories on architecture, mobile architecture and the spacial city, which have influenced thought in many disciplines beyond architecture. Friedman became an architect and traveled to Europe in the late 1940s. He was influenced by the great Corbusier and other architects who were dealing with post-war mobility and increasing population density. While he was still an architect in Israel in 1956, Friedman went to Dubrovnik and attended a conference, Congrès International d’Architecture Moderne, where he presented his paper “L'Architecture Mobile” or Mobile Architecture.

Many people at the conference rejected Friedman’s notion of giving the power to design to the inhabitants. However, several architects accepted his ideas and became his support network in Europe. In the beginning of his architectural career, Friedman was hired by the government of Israel to design private dwellings and apartments. He was then commissioned to work on a large-scale housing project in Haifa. He created an architectural plan where the architect would serve as a guide and the future residents would help design their homes. However, at the last moment, the Israeli government rejected his idea and settled on the central, top-down planning without any design involvement from future inhabitants.

From that time on, his theory of mobile architecture grew. With the help of his European network, he moved to Paris. Friedman continued to work on his ideas through private and public art. When he was unsuccessful in convincing the International Conference in Yugoslavia that his idea should be discussed in consequent meetings, he set up a group called Groupe d’Études d’Architecture Mobile (GEAM) in November 1957. The group included Jan Trapman and grew to include other European and Japanese architects. These architects traveled around, exhibited their work and published their documentations. The group ended their work together in the early 1960s. However, GEAM exposed Friedman to the world. 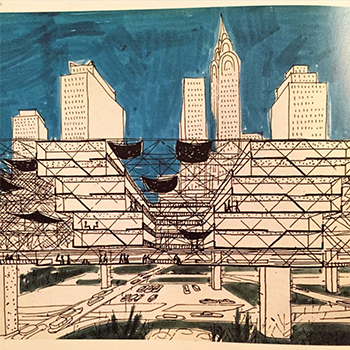 Friedman’s sketches of the spacial city are a hallmark of 1950’s and 1960’s modern architecture. He moved from architecture to art and expanded his ideas in illustrations. He also created installations built with raw materials from paper to recycled rubbish. He made slides of his spacial city sketches and his other design ideas such as green cities.

Even though his ideas were not accepted into the mainstream architectural circles, he continued to produce projects and disseminate the ideas.

A Lecturer and an Artist

In 1964, Friedman was invited to lecture at the Graduate School of Design at Harvard University which kick-started his career as a lecturer. He spent months at a time lecturing in American universities such a Columbia University, MIT, and University of Michigan. This source of income allowed him to work on his designs and theories. He turned his apartment into an art studio and produced more artwork installations showcasing people designing their own spaces in environmentally reasonable ways.

Many of Freidman’s exhibits were structureless and displayed as public art, which he called cultural spaces. He liked to create art to communicate his ideas and allow spaces for others to play in. Some of these space chains, which look like interconnected hula hoops, allowed people to climb like a structure in a playground. However, some were not permanently displayed, hence mobile, and could be walked through versus being climbed.

Friedman traversed the world and inspired others to gain freedom of thought and empowered them to use their own environment no matter the person’s age or educational background. He said that building your home is like choosing the clothing you like to wear, it is personal and flexible.

In several interviews, Friedman stated that the role of today’s young architect can be to serve the public and consider the input and creativity of the client. He taught creativity through his artwork, teachings, and conversations about his work and loved ones. Friedman empowers the public to think like young architects of their own habitats. Recently, his ideas have gained more popularity because of growing international concerns over sustainability and population density. His ideas will not be forgotten, they have empowered the minds of many, and will continue to do so.