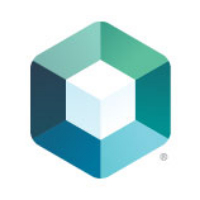 Christopher Alexander has passed away at the age of 85.

A pioneering theorist and early proponent of the New Urbanism movement, Alexander authored several crucial texts including "The Timeless Way of Building" and 1973's seminal "A Pattern Language." As a theorist, he developed still-used planning methods first published in "The Oregon Experiment." Alexander is also known for influencing the development of a software engineering concept that would later be known as Wikipedia.

A Life to Remember

During his time studying for his Ph.D. at Harvard, Alexander also worked in transportation theory and computer science at the Massachusetts Institute of Technology (MIT).

Alexander started his career in 1963 with an appointment as a Professor of Architecture at the University of California at Berkely. In 1967, Alexander founded the Berkeley-based nonprofit Center for Environmental Structure (CES) and in 2020 established patternlanguage.com.

Elected as a Fellow of the American Academy of Arts and Sciences in 1996, Alexander was awarded a number of prestigious accolades including the American Institute of Architects (AIA) inaugural Medal for Research in 1972, the CNU Athena Medal in 2006, the 2009 Vincent Scully Prize, and a Global Award for Sustainable Architecture in 2014.

Not Just an Architect

Before stepping into the field, Alexander published various books addressing topics like community planning, the concept of Pattern Language, and understanding and configuration of design patterns.

His major contribution came in the form of a four-volume book titled "The Nature of Order: an Essay on the Art of Building and the Nature of the Universe." These books helped to redefine architecture and depict some fundamental truths about the traditional ways of building.

Between the late 1970s to the 1990s, Alexander undertook some influential projects as he designed and built hundreds of buildings on five continents. A few of the most notable built include the Eishin Campus near Tokyo; the Julian Street Inn in San Jose, California; and the West Dean Vistors Centre in West Sussex, England.

Alexander's work is characterized as human-centered design, influencing feelings of belonging to the building and structure. This style has gone beyond architecture, affecting subjects including sociology, urban design, and software.

Alexander expressed his interest in community development in 2002-2003 through two notable projects: the redevelopment of downtown Duncanville, Texas, and the construction of a new community in Brookings, Oregon.

Have a favorite project or memory from the storied life of Christopher Alexander?  Let us know in the comments.

Christopher Alexander was complicated. I came to architecture later than many. My first degree was in another field, and along the path to figuring out what I wanted to do, an architect friend lent me his copy of A Pattern Language. The book was a revelation, and it remains to this day - - more than thirty years later, and after twenty-five years of practicing architecture -- the single most important book on architecture for me. When I decided to study architecture, I naturally wanted to study with Alexander. I lived in Berkeley at the time, and I attended some of his lectures, which were captivating. Because my undergraduate studies hadn't included anything that would help me build a portfolio for applying to MArch programs, I started taking classes at Cal to help get up to speed, and I was thrilled to be able to take one of Alexander's courses called "Construction Experience." The course was meant to be a fully hands-on immersion in the architect-as-master-builder process that Alexander and his books advocated, and students got to work on a house on Poppy Lane, in the Berkeley Hills, that Alexander had designed (or, was designing, because design went on as the building was built). It was an invaluable experience, but not for the reasons I had expected. Rather than the empowering, creative, collaborative process experience I had come to expect from his books and lectures, the project was a shambolic mess, utterly subservient to Alexander's ego. His design decisions were not to be questioned, even by the client, and certainly not by the student laborers, paying for the privilege of doing his grunt work. The construction company I'd worked for previously required us to clean the site every day before we left, both for safety and out of consideration for the neighborhood we were working in. The Poppy Lane job site was an ill-kempt eyesore, and I learned from a very unhappy neighbor that by the time I arrived on site in 1991, construction had been going on in that very dense neighborhood for two years (and that for a small-ish house, probably not more than 2,000 sf). After that experience, I withdrew my application from UC Berkeley, and ultimately went to Georgia Tech. Taking Chris Alexander's class was one of the more important eye-opening experiences of my life, and for me a signature example of the cautionary maxim about not meeting your heroes. That said, A Pattern Language is still the single most valuable book on architecture I know of. Even though, in my experience at least, Alexander didn't practice what he preached, I will always be grateful for his writing, and I continue to try to put into practice much of the vision he espoused.