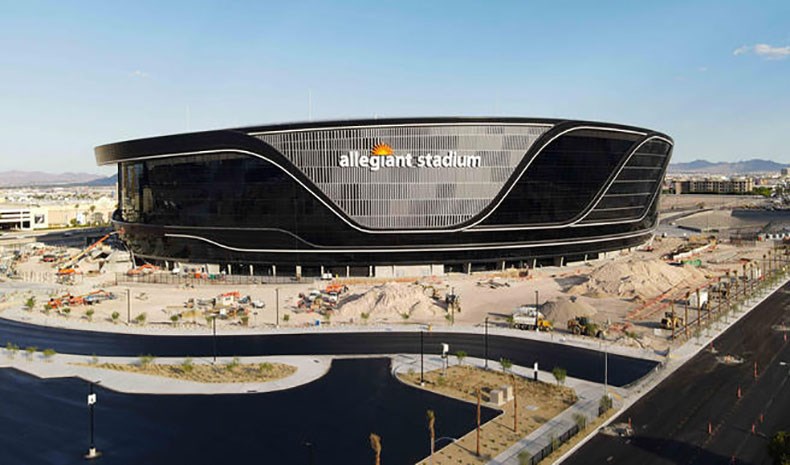 The north endzone area in front of the retractable windows contains a large torch that houses a flame in honor of Al Davis, the late long-time owner of the Raiders.  The torch will be 85 feet tall, and when completed will be the largest 3D printed object in the world. 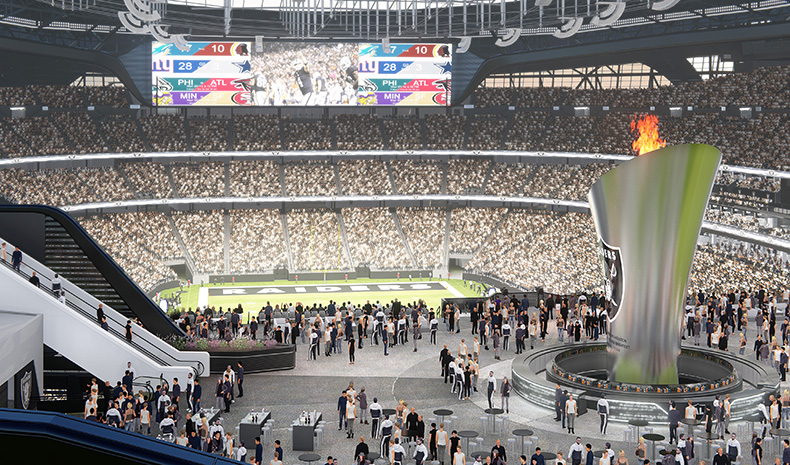 The stadium has roll-in natural grass, and while the Raiders will play on the grass field, UNLV prefers to play on an artifical turf surface.  The artificial turf will be placed directly on the stadium's concrete floor, and the tray holding the grass field is being designed so that it can roll in and out without disrupting the turf underneath it. 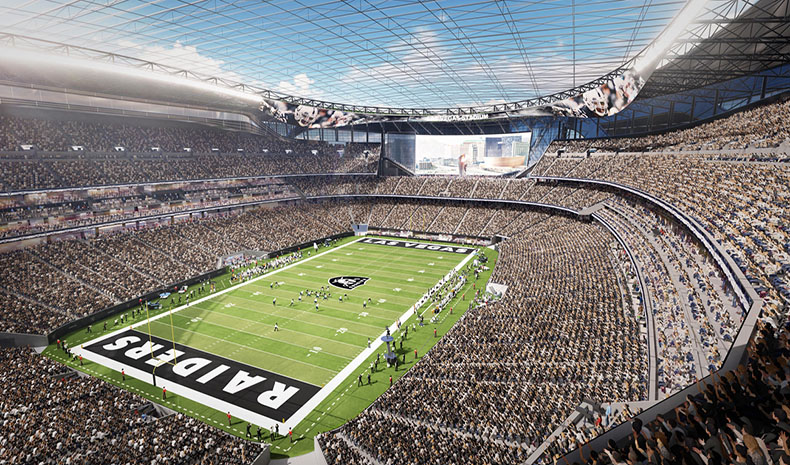 Manica Architecture is a Kansas City, MO-based architecture firm.  Their specialty is designing sports and entertainment facilities.  Some of their key projects include: