Since ancient times, people have gathered in grand stadiums to watch sporting events. Today, fans watch live sporting events in stadiums that are large enough to fit crowds of more than 100,000 people.

As a tribute to this ancient community activity and the ingenuity of modern engineering, here are the top five largest sports stadiums in the world. 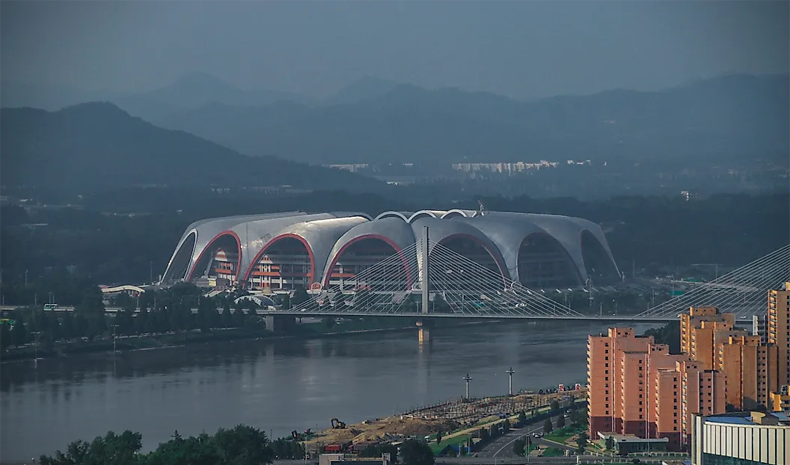 Opened on May 1st, 1989, the first major sporting event held at the Rungrado 1st of May Stadium was the 13th World Festival of Youth and Students.

The stadium is shaped like a parachute, although it was intended to resemble a magnolia flower.  It is designed to host a variety of sporting events including football (soccer) and matches involving the North Korea National team.

In 1995, the stadium posted a world record attendance of 190,000 attendees during a wrestling event.

The Motera Stadium (Narendra Modi Stadium), formerly known as the Motera Cricket Stadium has the capacity to hold 132,000 spectators, making it the largest cricketing venue ever.

First constructed in 1983, the stadium was renovated in 2006, before becoming completely rebuilt in 2015 for an estimated $110 million.

Apart from its huge capacity, the stadium boasts four dressing rooms, two gyms, and a warm-up area.  The premises of the stadium also include a 55-room clubhouse, an Olympic-size swimming pool, gymnasium, steam and sauna room, and a squash court.

Nicknamed "The Big House", the Michigan Stadium in Ann Arbor, Michigan is the premier sports venue for the University of Michigan.  It is the largest stadium in the United States and the Western Hemisphere apart from Asia.  It has an official capacity of 107,601 but has hosted crowds of over 115,000.

The sport most often played at this stadium is U.S. college football, however, it does host other sporting events including the International Champions Cup soccer tournament, and NHL (National Hockey League) games.

The 2014 soccer match between Real Madrid and Manchester United had an attendance of 109,318, a record crowd for a soccer match in the United States.

Opened in 1960, Beaver Stadium is mainly used for college American football and serves as the home to Pennsylvania State's (Penn State) college football team, the Nittany Lions.  With an official seating capacity of 106,572, Beaver Stadium is the second largest stadium in North America. 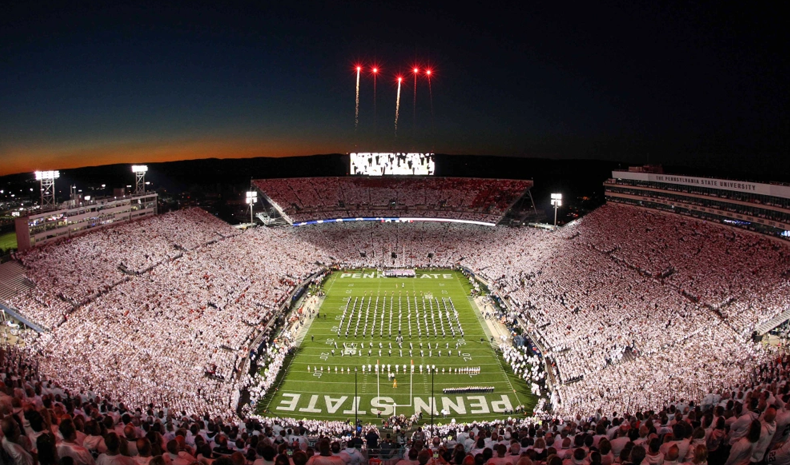 Additionally, the stadium has been voted the best U.S. college football venue in a poll conducted by USA Today.  A record crowd of 110,889 saw Penn State versus Ohio State on September 29, 2018.

Ohio Stadium, nicknamed "The Horseshoe", or just "The Shoe" because of its shape, is located in Columbus, Ohio.  It was first opened in 1922 and refurbished in 2001.  The venue has a capacity of 102,780, making it the fifth largest stadium in the world.

The stadium is used primarily for U.S. collegiate sports, and in 2016, the stadium hosted a record crowd of 110,045 who came to see the Ohio State Buckeyes against the Michigan Wolverines.

Ohio Stadium has also hosted non-sporting events including concerts played by the likes of Pink Floyd and the Rolling Stones.

Other Large Venues Around the World

Although it is the largest venue in the world, many don't consider the Indianapolis Motor Speedway as a stadium, which is why it did not make the list of the top 5 stadiums.  The racing track was originally built in 1909 and is one of the oldest racing circuits in the world.

The circuit itself is 2.5 miles long and is the biggest oval circuit in the United States.  The infield of the circuit can fit the Taj Mahal, both Houses of Parliament, the USS Enterprise aircraft carrier, and in fact fits four holes of its own golf course.

With an official seating capacity of 102,733, Kyle Field is located on the campus of Texas A&M University in College Station, Texas.  The stadium was opened in 1905 and in 2014 it began a massive redevelopment phase, one of the biggest in U.S. collegiate sports history.