Remembering the Legacy of Art Gensler 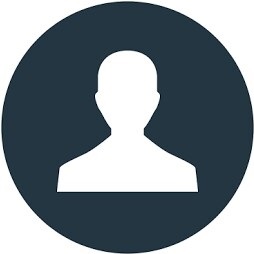 M. Arthur Gensler Jr., the founder of the global architecture and design firm that carries his name, has passed away at the age of 85.

The news comes at the conclusion of an 18-month battle with lung disease.  The architect founded Gensler back in 1965 in San Francisco and in 55 years he managed to turn his practice into one of the leading worldwide firms with 50 locations across Asia, Europe, Australia, the Middle East, and the Americas.

Today, we pay tribute to Art Gensler and his legacy that will remain alive and well for decades to come.

A Life to Celebrate

Born in New York in 1935, Art studied at Cornell University and graduated from Cornell University's College of Architecture in 1958.  Following his graduation, he moved to California with the advice of his mentor Henry Hill and worked for William Wurster while establishing his own practice.

Gensler got its start developing the One Maritime Plaza.  Photo by: The Business Journal

Gensler's new firm got its start designing interiors for corporate offices in San Francisco skyscrapers designed by Skidmore, Owings & Merrill (SOM).  The two firms worked together on the 237-meter-high Bank of America Center (renamed 555 California Street) and then the 121-meter-high Alcoa Building (now One Maritime Plaza).

The practice opened its first office at 555 Clay Street in San Francisco before expanding around the U.S.  It opened its Houston office in 1972 to design offices for Pennzoil Company and in 1979 opened its New York Office.

Art received the Ernst & Young LLP's Lifetime Achievement Award and the Cornell Entrepreneur of the Year Award.  The architect and businessman wrote Art's Principles in 2015 to offer today's entrepreneurs business insights into the architecture profession.

Among many notable infrastructure projects undertaken by the firm, some of the most notable include the long-term renovation of San Francisco International Airport (which lasted 35 years), the revamp of the JetBlue T5 terminal at John F. Kennedy International Airport in 2004, and the completion of the Tower at PNC Plaza in Pittsburgh, Pennsylvania.

The firm has designed offices for the New York Times, The Washington Post, the London Stock Exchange, the Salesforce Tower, and the interiors for the new US Embassy in London.

Some recent projects include the renovation and expansion of New York's Museum of Modern Art and an extension for the Eagle County Regional Airport in Colorado.

Recently, Art, along with his family, gifted $10 million to Cornell University's College of Architecture, Art, and Planning (AAP) — a gift that will sustain AAP's thriving New York City-based program, which was a longtime dream of Art's.

Gensler is survived by his 4 sons and 10 grandchildren.

Have a favorite project or memory from the storied life of Art Gensler?  Let us know in the comments.

I pray God will ease the suffering of his family who is missing him right now. I hope Art knew Jesus Christ. Rest in peace Art.