Five Asian American Architects and Their Influence on Architectural Practice 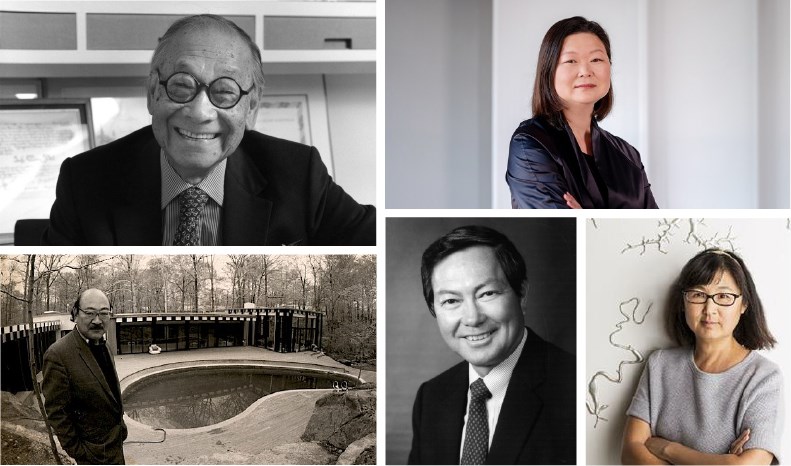 The Asian American community has a rich history in the world of both modern and classical architecture.

In recognition of the influence that Asian Americans have had on the practice of Architecture, here are some of the most recognized Asian American architects and the legacy that they leave behind for all of us to appreciate and experience today.

Gin D. Wong, FAIA, was one of a unique group of Chinese-American architects who helped define the post-war architecture of Los Angeles.  Against significant odds, including racial covenants in mid-century Los Angeles, Wong persevered to forge a distinguished career.  Wong was instrumental in creating some of Los Angeles' greatest modern structures.

Chinese-American architect Ieoh Ming Pei was arguably the greatest member of the modernist generation of architects.  When he received his Pritzker Prize in 1983, the jury citation stated that he "has given this century some of its most beautiful interior spaces and exterior forms."  The acclaimed architect is known for his bold designs and explicit geometries in his projects, spanning his career over six decades.

Some projects included designing the East Building of the National Gallery of Art in Washington D.C. and the glass pyramid at the entrance to the Louvre in Paris.

Born in 1959 in Athens, Ohio, Maya Lin entered into public view when as a senior at Yale University she submitted the winning design in a national competition for a Vietnam Veterans Memorial to be built in Washington, DC.  She was trained as an artist and architect, and her sculptures, parks, monuments, and architectural projects are linked by her ideal of making a place for individuals within the landscape.

J. Meejin Yoon, AIA, is the Gale and Ira Drukier Dean of Cornell University's College of Architecture, Art, and Planning.  Previously, she was a professor and the head of MIT's Department of Architecture.  She is also the co-founding principal of Höweler + Yoon Architecture, in Boston.

Yoon's professional projects and creative work include the Memorial to Enslaved Laborers at the University of Virginia, Sky Courts Exhibition Hall in Chengdu China, and the Collier Memorial and MIT Museum at the Massachusetts Institute of Technology.

Kaneji (Kan) Domoto was a landscape architect and architect born in Oakland in 1912. He attended UC Berkely for landscape architecture and studied with Frank Lloyd Wright.  His career in architecture and landscape design spanned over 50 years and included both residential, commercial, recreational, and educational projects in the Bay Area and East Coast - including several homes at Frank Lloyd Wright's planned community, Usonia.

He received many awards for his gardens including the Frederick Law Olmsted Award for his Jackson Park design in Chicago.

I would have added George Shimamoto to that list of notable architects.