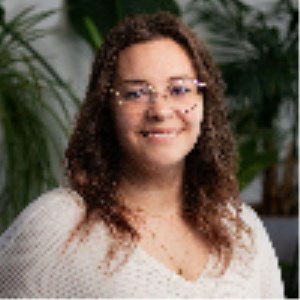 August 10th, 2022 marks the 229th anniversary of the opening of the Musée du Louvre as a public art museum in Paris, France. The grounds originally housed a medieval fortress, and the construction of the palace as we see it today originally began in 1546 as a royal residence for King Francis I.

From Royal Residence to Public Museum

Due to the length of the project, many architects are credited for portions of the work including Pierre Lescot, Jacques Lemercier, Louis Le Vau, and Claude Perrault. Construction continued past King Francis I’s death and into the reigns of the next two monarchs, with almost every subsequent ruler extending the Louvre or its grounds. That is until 1682 when Louis XIV relocated his court to Versailles.

After the French Revolution and new attitudes of The Enlightenment, the Louvre was officially converted into a public art museum and opened its doors to showcase the royal collections on August 10, 1793.

Just three years after its opening, the then already 250-year-old building closed its doors due to structural problems. Enter Napoleon Bonaparte. Napoleon sought to upgrade the museum from just showcasing the royal collections, to a true world art museum. Thus, in typical Napoleon fashion, the museum was briefly renamed Musée Napoléon.

Thousands of spoils from Napoleon's military conquests were added to the collection, as well as private donations and personal commissions. Upon his abdication in 1815, a majority of the pieces were returned to their origins, but the Louvre would henceforth continue to expand its collections (once again under its original name).

Many give credit to Napoleon for the Louvre becoming the vast museum of world art it has become, and pieces from both his conquests and personal collection are still in place today.

The Louvre continued to grow to include gallery spaces that cover 782,910 square feet as well as the now famous re-designed entrance via the modern glass pyramid. Though the addition was originally met with high levels of disdain due to the clashing contemporary design, it has since become a cultural icon appearing in many famous books and films.

Architect I.M. Pei designed the structure as an aesthetically pleasing solution to the not-so-glamorous problem of bottlenecked crowds at the entrances.

Perhaps more well-known than the building itself is the museum’s most famous piece, The Mona Lisa. Originally titled “A Florentine Lady,” the painting was presented to the Cardinal d'Aragon in 1517 during artist Leonardo da Vinci’s residence as King Francois I's painter, architect, and engineer.

Besides spending a brief time hanging in Napoleon Bonapart’s bedroom, and being stolen and hunted for two years in the early 1900s, the Mona Lisa has largely been on display at the Louvre and is visited by around 30,000 people every day.

The museum underwent major remodelling through the 1980s and 1990s to include modern museum amenities and, you guessed it, more exhibition space. Today, the Louvre holds over 380,000 works from around the world. Pre-pandemic, the Louvre attracted nearly 10 million tourists per year to its vast galleries, visitor trails, and gardens.