Inspiring BIM Projects from Around the World 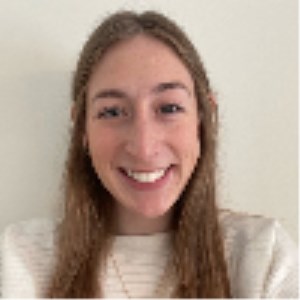 Throughout the past few decades, experts have hailed Building Information Modeling (BIM) as the future of the construction industry.  But today, BIM can hardly be considered "the future" anymore – BIM is very much our present.

BIM equips design and construction teams with powerful tools to work more quickly, access and track more information, and collaborate together in ways that simply weren't possible previously. The result: the best minds in the world can dream, design, and create bigger, more impressive structures than ever.

Here are a few impressive projects from around the world that have used BIM as a foundation to accomplish some incredible achievements.

Playing a crucial role in captaining the workforce, the use of BIM helped produce this spiraling skyscraper designed by Gensler in Shanghai. With the support of BIM, the building makes a 120-degree turn optimal for minimizing wind loads and reducing energy consumption by 21 percent.

BIM processes were implemented from the very first phase of the project. The design and documentation teams used Autodesk applications including Revit Architecture, Structure, and MEP. Coordination between employees was made possible with Autodesk Navisworks Manage software. On-site BIM training and support services for the design team were provided by Autodesk Consulting.

This megatall skyscraper clocks in at 632 meters - the third tallest building in the world. The tower is multifunctional, with 9 different functional zones and 12 to 15 floors in each zone.

The Randselva Bridge, also known as the world’s largest bridge built without drawings, is based solely on BIM. Parametric design takes credit for 70% of all objects in this 634-meter bridge. The BIM project contains 200,000 rebars and 250 post-tensioning cables.

The Norwegian Public Roads Administration encouraged the use of BIM in this project. They noticed a reduction in the number of changes requested during the construction phase when BIM was required. With the design team working from four different locations, model sharing was essential for the design through the construction of the project. Every on-site crew was equipped with a tablet, so they could access the model from any location.

This iconic office building is home to Statoil, an internationally pioneered petroleum company. The hashtag-shaped structure consists of five lamellas of identical size stacked on top of one another. Each lamella is oriented to optimize interior daylight and views of the fjord landscape. Time was of the essence on this project. The architect and construction teams had just 20 months to start and complete the project. BIM helped the designers meet their goals of building on schedule and giving a new identity to the local community.

The building required strict criteria, including being flexible, environmentally friendly, and modern; the office areas needed to switch from large conference rooms to multi-person office spaces easily. The building can also adapt to different corporations with its ability to increase and reduce the number of workspaces.

To meet requirements for certification by LEED gold and TREES (Thai’s Rating of Energy and Environmental Sustainability) gold and platinum, the company used BIM to create its own standards of sustainability. WHIZDOM 101 features several forward-thinking sustainable applications, including public train access, outdoor bike paths and the world’s first indoor bike paths, and an outdoor walkway that uses the power of footsteps to light the path.

BIM was not the stakeholder's first choice when MQDC President Khun Suttha Ruengchaipaiboon introduced it. They were not familiar with the process and thought it would not be timely or cost-efficient. Ruengchaipaiboon slowly introduced BIM to the team and they began to see the benefits quickly.

Every part of the construction process was photographed and uploaded into a BIM 360 model, so each pipe, wall, electric, and other pieces were accounted for. Property managers were given the BIM as-built 3D model, so they could maintain the site better than with a 2D drawing.

The Crossrail project, begun in 2009, was the first United Kingdom public infrastructure project to use BIM technology. BIM was used to keep track of the design data for the Crossrail’s many moving parts.

The major goal of the project was long-term cost savings. The model provides accurate information for the railway's operators, so they can maintain the site post-completion.

BIM also gave greater visibility and efficiency in the design and construction processes, which reduced the risk of information loss between contracts and project phases. In turn, BIM helped define the spatial relationships between components and reduced the number of clashes between separate teams.

The Crossrail is the first full underground line in London built in 30 years. It cuts the time it takes to get from one side of the city to another nearly in half and can transport over 72,000 passengers per hour.

With the core of Disney relying on storytelling, Shanghai Disneyland relied on BIM to create its immersive, captivating design. The Enchanted Storybook Castle features retail, restaurants, theatrical spaces, and a ride system running through it. The use of BIM helped this project come to life and tell its story.

This project was a huge undertaking, which is why BIM was used to design and organize the project’s many pieces into one 3D model. Cloud collaboration meant that 3D models could be shared easily and the team could discuss feasibility, cost, and time.

Throughout the process, separate teams would work on their respective components, then upload them to the full model. It was then possible to discuss alternatives and conflicts visible to all teams. Once the building design was complete, the design team added elements like a mock terrain to make the castle look as good as in the films.

In the end, BIM helped reduce the risk of making changes further into the construction process.

BIM technology was essential in the design of Oakland International Airport’s Central Utility Plant. The plant required complex electrical switchgear and mechanical equipment that needed to be integrated into the construction. The plant’s efficiency was vital to the airport’s functioning.

The Oakland Airport project team used Autodesk BIM 360 Glue to help with the adaptation, secure collaboration, smoother workflow, smarter decisions, and field visualization for all members working on the project. The secure working environment aspect of BIM was most prominent in the project. This gave subcontractors permission for specific parts of the plant, so they make only appropriate changes to the model.

By incorporating BIM 360 Glue, the project team could streamline their workflow and improve their decision-making process. The 3D model helped subcontractors discover and discuss issues quickly and keep the project moving forward.

In reaction to a fire outbreak, Silver Oak Winery turned to BIM to renovate their campus and avoid any susceptibilities to future disasters. BIM helped make this the world’s first winery to be awarded the Leadership in Energy and Environmental Design (LEED) platinum certification.

Many problems with the design were caught early on in the BIM project model before they reached the construction phase, which saved them time and rework. CEO of Silver Oak Winery David Duncan estimates BIM helped save them hundreds of thousands of dollars.

Duncan’s favorite aspect of BIM was the ability to test different types of insulation. The winery chose to use recycled Levi jeans for the insulation throughout the campus. Modeling the different options allowed the design team to compare the dimensional and thermal aspects of denim versus fiberglass or foam. Subcontractors used BIM 360 Glue in the field during constructability review. BIM made it simple to cross-check the construction documentation against the project model design.

Have a favorite BIM project that we missed? Let us know in the comments.

Great blog of Revit Architecture. Thank you so much for share. I'll share this with my friends so that they can also gain some useful information.

I liked you blog, thank you so much for sharing. Really you shared such a great revit architecture blog.